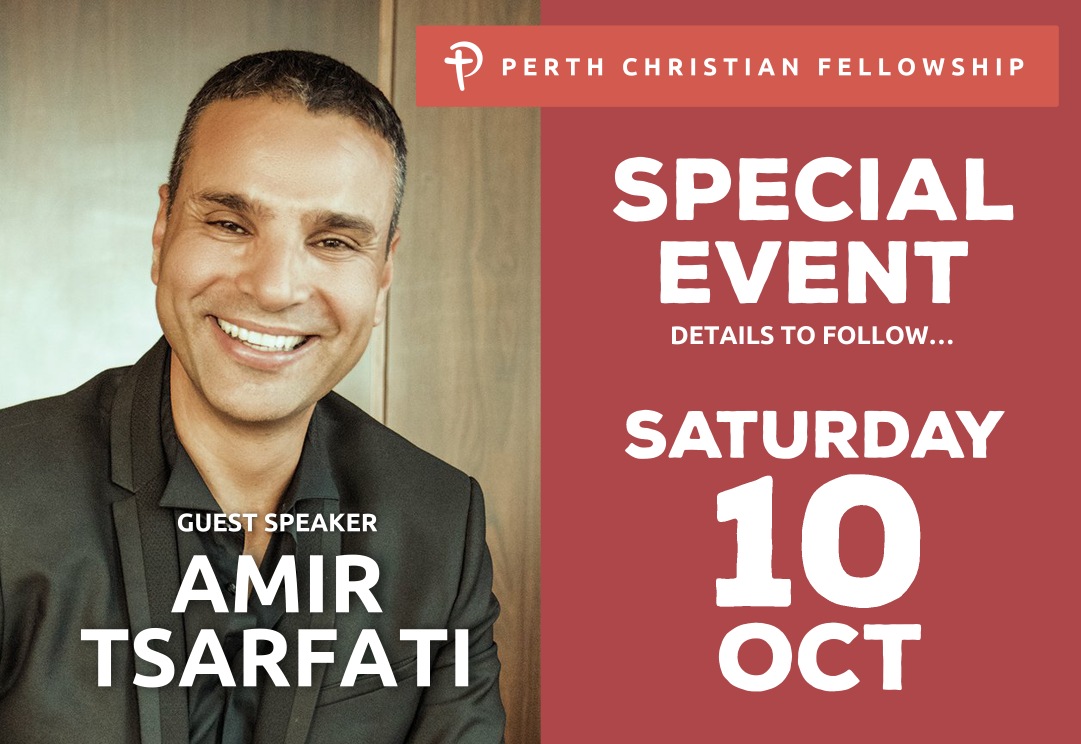 Although our hope is that this event will still happen, if current restrictions stay in place it is unlikely.

Please check back here for updates to this information.

BIBLE PROPHECY TEACHER
Since 1999, Amir has been invited to churches, prophecy seminars and conferences around the world, to teach on current events in Israel in light of Bible prophecy. He has been interviewed at CBN Asia, UCB Australia, as well as various Christian TV networks and radio stations all over the USA.

INTERNATIONAL HOMELAND-SECURITY SPEAKER
Amir joined the Israeli army in 1990 and underwent basic training during the first Gulf War. He served almost a year in the IDF Armored (Tank) Corps, and after graduating from the officer’s academy in 1992, he was stationed in Jericho. Shortly afterwards, the peace process began and Jericho was the first city transferred to the Palestinian Authority. Amir, then 21, was appointed as active Deputy Governor of Jericho and the Jordan Valley, also becoming one of Israel’s military negotiators with the Palestinians. He served approximately six more months after the city changed authority before returning to civilian life. Since 2004, Amir has been a consultant to various law enforcement agencies and seminars on homeland-security issues. In 2008 he was invited by the Rochester (NY) Police to lecture at a seminar on terrorism, as the keynote speaker at the Hostage Negotiators Conference. He also held an HLS seminar at the Philippine Military Academy.

ISRAEL TOUR GUIDE
Licensed by the Ministry of Tourism, Amir has been a leading tour guide at Israel’s largest Christian travel agency for 15 years. He speaks fluent Hebrew, Arabic, English and German, taking visitors into a deeper understanding of the unbreakable ties between the loving God of the Bible, His Chosen People and His Land. Amir’s experience as one of the most sought-after guides for the Christian pilgrimage world has led to the high demand for his services by many, including TV networks.

People With A Mission Ministries